this album comes swinging right out the gate with a set of nine monster tunes, heavy drum-breaks, reggae infused afro-beats, funky bass lines, Wah-wah-psyche guitars and lyrics that straddle between a sense of melancholy and frantic urgency.

This is a quintessential Pat Thomas (backed by the Marijata band) record that every serious collector or fan needs to have in his collection. Originally released in 1976 on Gapophone Records Ghana, Tidal Waves Music now proudly presents the first official reissue of this rare album (original copies tend to go for LARGE amounts on the secondary market…that is if you’re lucky enough to come across one). This is also the FIRST time Stage Two is being released outside of the African continent. 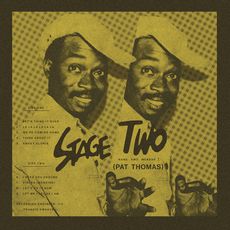