When Alex Stephens (A.

K.A. Strawberry Guy) self-released his debut single last year, he was merely doing it out of a love for songwriting. What he wasn't expecting was a million Youtube streams and an avid fanbase. Now, the South-Wales born, Liverpool-based songwriter is ready to release a full EP of his compelling, lushly produced dream-pop. Born outside Cardiff, Strawberry Guy moved to Liverpool to study music and grow as a writer. 'I knew that it was a very artistic city with all it’s creative history, it seemed like the perfect place to move to.' he says. Whether it's playing keyboards in The Orielles or just being part of the city's growing musical scene, Alex plays music for the love of music, something that heavily translates into his adept songwriting. The intense emotional feel of the tracks he writes is down to Alex's songwriting process, recording the entire EP in his bedroom & producing it himself. 'I feel that it’s important to me to only write/record when you’re channeling some kind of emotion, so I would only work on it when I was in the right mood to do so.' He answers when asked about the isolated environment into which he put himself for the recording process. 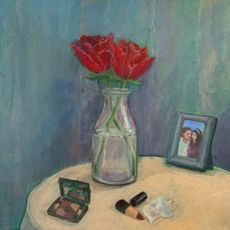