For the first time on vinyl, Warrior Soul’s Odds & Ends will be released on exclusive Red & Blue Vinyl for Record Store Day 2022.

This record is full of never before released on vinyl and rare outtakes from the band many still consider the voice of a generation, including the first ever release of the song, “Space Age Playboys”, which was left out of the 1994 album of the same name. 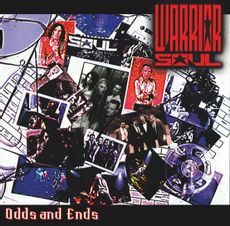