Originally released in 2008 following the birth of his daughter, Show You The World takes Living Legends MC, The Grouch, on a new path of growth and maturation as he navigates his new world of fatherhood and the new perspectives it brings.

With topics ranging from his experience as a new father, partner, and son to drug addiction in the family, as well as his own personal struggles and triumphs, The Grouch succeeds in showing us his world. At 16 tracks, the album features appearances from Murs, Bicasso, Scarub, Mike Marshall, Raphael Saadiq, Abstract Rude, Marty James, & One Block Radius, and is best known for the hit singles, "Artsy," "The Bay To LA," &"Breath." 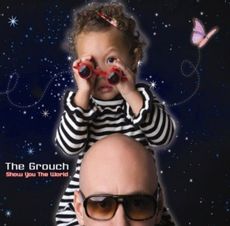