WESTERN STARS: SONGS FROM THE FILM


In this beautiful set of tracks taken from the feature film by the same name, Bruce is accompanied by a full band and orchestra, taking these songs to a new level.

Each track from the seminal ‘Western Stars’ is featured, alongside a cover of Glen Campbell’s ‘Rhinestone Cowboy’. An essential accompaniment to his incredible 2019 album, that captures the boss at his absolute best. *** the 2cd version contains the original ‘Western Stars’ album alongside the new recordings *** 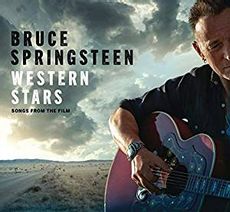