in contrast to the urban bleakness of his debut, 'it was written' had Nas dipping his toes into the world of mafioso rap.

Amidst production from heavy hitters like Trackmasters, Dr. Dre, L.E.S., Havoc of Mobb Deep, and Illmatic-collaborator DJ Premier, among others, Nas weaves evocative narratives of gang warfare, downtrodden neighborhoods, drug deals gone awry, and gangsta triumph, against a backdrop of samples from Sam Cooke, Etta James, the Isley Brothers, and even Chuck Mangione. It Was Written was not hard up for top-tier guests either, featuring major guest turns from Lauryn Hill and Joel "JoJo" Hailey of K-Ci & JoJo. It also introduced the world to The Firm, the brief Nas-led supergroup featuring rappers AZ, Foxy Brown, and Cormega. It even managed to cause some minor controversy in the hip-hop community for its collaboration with West Coast producer Dr. Dre, at a time when the East Coast/West Coast rap feud was reaching a fever pitch, briefly attracting the ire of one Tupac Shakur. Not only was It Was Written received warmly by critics, but became a major commercial success, reaching the top of the Billboard 200 charts, reaching platinum sales status four times, and alongside albums like Raekwon's Only Built 4 Cuban Linx, helped usher in the era of mafioso rap in the mainstream. It rendered chart hits out of singles like the Eurhythmics-mimicking "Street Dreams", and the Grammy-nominated "If I Ruled The World (Imagine That)", and proved to be a major influence on artists like Kendrick Lamar, Lupe Fiasco, and many more. 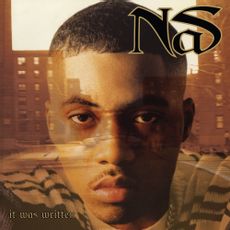