DANDY IN THE UNDERWORLD [DELUXE EDITION]


this version of their final studio album features a bonus disc of non-album A- and B-sides, plus seven demos and alternative versions.

The inner sleeves feature the lyrics, credits and annotation by Bolan authority Mark Paytress. This, the final official Marc Bolan and T. Rex album, was conceived during a turbulent time in rock history. Issued on 11 March 1977, ‘Dandy In The Underworld’ arrived in the wake of the Damned’s ‘New Rose’ and the Sex Pistols’ ‘Anarchy In The UK’, singles that had given the emerging punk scene a national platform. To promote the album, Bolan undertook a tour of the UK and Europe, with support from The Damned, who acknowledged T. Rex as a big influence. 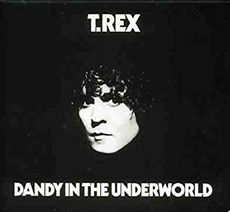