Moments In Love is the third single by English avant-garde synthpop group Art of Noise (also The Art of Noise).

Moments In Love wasn't released globally as a commercial single until 1985, when the song was featured on the Pumping Iron II: The Women soundtrack. The version that was used on this soundtrack was "Moments in Love (Beaten)". Next to the 7-inch version, the 12-inch features the remixes "Moments In Love (Beaten)" and the slower "Love Beat". The 12-inch also includes an edit of "Beat Box (Diversion One)", listed on the release as "Beatbox (Diversion 10)". Released on coloured vinyl for the first time, this limited pressing is individually numbered and pressed on purple vinyl. 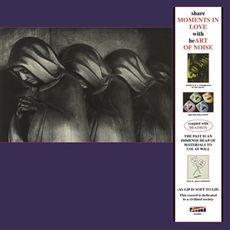