a deeply meditative set of pieces that explore the sonic possibilities of the Farfisa organ and its evocation of endlessly vast open spaces.

'Species', and the transcendental state it embodies, was inspired by two recent loves of Moore’s: the desert and long-distance running. He says, “I’d found myself in places unfamiliar enough that I could easily lose all sense of direction, size and, more than anything, all sense of time. The music I was making became a kind of reflection of these intentional detachments - and a place to mirror that feeling of trance that had pushed them out in the first place.” ffo: sarah davachi, kali malone and ana roxanne. “It's the most arresting material we've heard yet from Moore - blissful and cinematic but restrained, never falling into the usual traps” - boomkat. 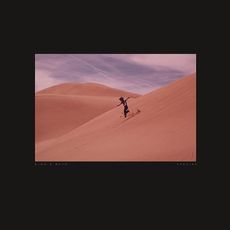