This is a short live record made up of Arthur Russell covers which were not included on the first album of of Arthur covers.

Recorded throughout various performances in the UK (and one track in Ireland) with a wonderful band of Scots. Big thanks to the crowd at The Blue Arrow (Glasgow) in early 2019 . . . it was the energy of these fine folks that inspired this record. The room was on fire while we performed 'Go Bang!' . . . such an explosively fun moment -- and luckily it as recorded -- I thought it deserved to go on a record! 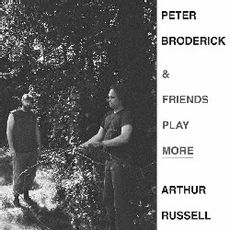