The Edge of the Sea


Performed With A Congregation From The Isles of Lewis And Harris With The Scottish Ensemble.

Composers Craig Armstrong and Calum Martin have embarked upon a new collaboration, which began as a meeting of ideas with a mutual, long-held belief that there was a special project to be written, looking at the unique spiritual tradition of Gaelic Psalm singing. This has been achieved in a most spectacular way on the brand new album, ‘The Edge of the Sea’, featuring two new works: ‘The Martyrdom Variations’, and ‘Ballantyne’; with the concept being realised by bringing together a curated congregation by Calum’s from the Isles of Lewis and Harris in the Outer Hebrides of Scotland, along with the outstanding talent and enthusiasm of the Scottish Ensemble. It was agreed at the outset by them both that any music based on the Gaelic Psalms would have to be respectful of the tradition and that the composition written to accompany the singing would allow complete freedom of expression for the singing style. 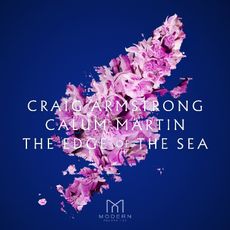