..), Mathieu Gabry (Snowdrops) and Oed player Ophir Levy. Theodore Wild Ride celebrates musical freedom and redefines the relationship between space and time with a special, unexpected orchestration. The album unfolds like a magical film, which can be set in the vast American landscapes of bygone days as well as in a post-apocalyptic future. From the naïve melody of "Little House" to the post-classical tango of "Paoha", from the ambient of "Squirrel Creek" to the progressive instrumental "Zeppelins", the trio blends both Eastern and Western musical codes and references in a strong coherence. The amplified strings respond to the delicate sound of the felt-treated piano, the microtones of the Ondes Martenot mingle with the quarter tones of the oud, to the point of challenging the cracked electronics of a detuned mellotron in a final explosion. A record like a solo expedition: a journey that the listener experiences accompanied by this unusual chamber music, sometimes nostalgic, sometimes dark and vulnerable but always questioning our place facing natural forces, the wild world, and the cruelty of ourselves. The artwork is by visual artist Jeroen De Wandel. After listening to the album and without knowing any background, he created the artwork with a manipulated photo, photographed in the American Yosemite Parc in 2018 with a broken 1935 Kodak Retina... which turned out to be a perfect fit for the backstory of this album, where time and space are not fixed concepts. For fans of: Oiseaux-Tempêtes, Yann Tiersen, Tindersticks, Snowdrops 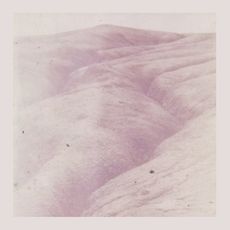