Music and friendship are utterly intertwined for Hania Rani and Dobrawa Czocher, the Polish duo who have just recorded their first album of original music, "Inner Symphonies".

Friends since their teenage years at music school in Gdansk, the pair share a spirit of adventure and curiosity. Even as life took them on different paths - Hania (recently awarded Composer of the Year at the Polish Music Awards) as a pianist and composer with two solo albums and a collection of songs written for Cinema, Theatre and Art Performances to her name; Dobrawa as solo cellist with the Szczecin Philharmonic - their friendship endured. In 2015, they collaborated on an album Biala Flaga, featuring their arrangements of Polish rock star Grzegorz Ciechowski's music, giving them a taste of recording success and leading to the yet more ambitious "Inner Symphonies". 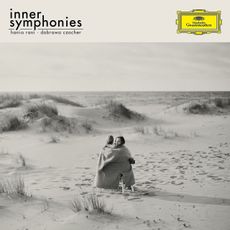