In ancient Greek mythology, Zeus was the king of the Olympian gods and the supreme deity.

He was the god of the sky, lightning, thunder (KEPAYNOΣ), law, order, and justice. The Cyclopes were three, orb-eyed, immortal giants who forged the thunderbolts of Zeus. The lawless Titans, encouraged by Gaia, tried to wrestle control of the world from the Olympian gods in a ten-year battle known as the Titanomachy. The Titans were the brothers and sisters of Cronus and it was only through the help of the Cyclopes (who made Zeus his thunderbolts) and the hundred-handed giants or Hecatoncheires (Briareos, Cottus and Gyges) that Zeus was finally able to imprison the Titans in Tartarus, the deepest part of the underworld. Making himself ruler of the skies, Zeus then gave dominion over the seas to Poseidon and of the underworld to Hades.KEPAYNOΣwas one of the most powerful symbols in ancient Greece – if not the most powerful. As contemporary science proved, the thunders that dominated the earth before the creation of life gave birth to the primordial substances by enhancing the production of nitrogen and thus amino acids which are essential for the production of proteins and life. In numerous civilisations they believed that the overlord of thunder was a deity. In Celtic mythology, Taranis was the god of thunder. In Slavic mythology it was Perun and in Scandinavian it was Thor. In India, the god of thunder was Indra and in Finland it was Ukko. In China, Lei Gong was worshipped as the deity of thunders and in Rome the people who died because of thunder were considered as blessed. Inkas believed that thunder was the son of the sun and the moon and in Christianity thunder is the voice of god. The music of »KEPAYNOΣ « was composed by using environmental sounds and field recordings from the five continents: OCEANIA | Tarkine RainforestASIA | OkinawaEUROPE | Ancient Olympia and IcelandAFRICA | Uganda, Botswana and NamibiaAMERICA | Amazon Rainforest and Niagara Falls» KEPAYNOΣ« will be released on occasion of our 25th anniversary in October 2021 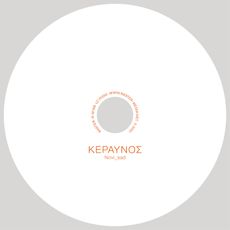