A gorgeous swell of intimate soundscaping from Felisha Ledesma on this simmering stunner for Ecstatic, despatching two extended, richly absorbing pieces weft from everyday detritius; synths, strings, voicemail, found sounds - hitting a similar spot for us as Ulla’s diaristic ‘inside means inside me’ but with a more defined play of sound-as-light that gently and memorably tugs at the earlobes and heartstrings.

Exploring a music of presence and ultra subtle inference, ‘Fringe’ is the 2nd release by Ledesma, student of Berlin’s estimable Universität der Künste, following from a debut for Enmossed x Psychic Liberation earlier this year. Using AMQR - a software synthesiser built by Ledesma together with Ess Mattisson - both pieces here shimmer with elusive timbres that occupy a realm that feels lost between worlds - neither electronic nor acoustic, but more a sort of observational sound that radiates togetherness and warmth. Operating at insightful levels of synaesthesia, Ledesma poetically turns ostensibly humdrum sources into clouds of smoke - emails, voicenotes, walking along the water, a poem attached to an email, walking alone in New York during lockdown, going for a swim at sunset in the desert - all turn into a smudge of memory. When ‘Beamsplitters’ opens with a tangible human presence - a voicemail from a friend - it startles with its earthly pull, eventually getting lost in a tangled spool of found sound leaving just a trace of iridescent, intimate reverie. On ‘Golden Mirror’ Felisha gently diffracts a lonesome guitar phrase into a humming thizz with a steeply uncanny ability to jog the memory in a similar way to how olfactory stimulus can conjure feelings of nostalgia. It’s a trick familiar from an emergent new realm of lower case composers creating something like submerged, small scale symphonies that work counter to notions of classical excess or anodyne ambient, instead focusing on microcosmic, highly peronalised sort of worldbuilding that’s impenetrable, yet somehow entirely open. 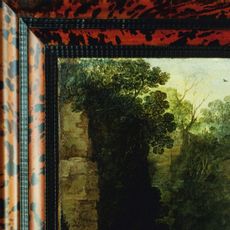