Sula did it again.

A new album, recorded in 3 evenings. :-) This time some Loop Station Drones. With guitar, effectpedals, 2 loopstations, 2 guitaramps, a syncable drumcomputer, a very old organ from GDR (Weltmeister TO 200/5), a very old synthesizer (Roland SH 5) and a modern one (Roland SE-02) Sula instantly composed 7 tracks. Later Sula cutted them down a little and made some very little overdubs. Roadburn Haze was exclusively made for the Roadburn Festival Redux in April 2021. Recorded at 28th of March, together with tracks 2 and 7. Tracks 3-6 recorded at 13th and 14th of May for the Radio KFJC at home stream-concert. But only the first 3 of them appeared. All music composed, performed, recorded and mixed by Sula Bassana (Dave Schmidt) in his Amöbenklangraum. Mastered by Eroc. Coverdesign by Sula. CD in foldout-Digisleeve with downloadcode, lim. to 500 copies! 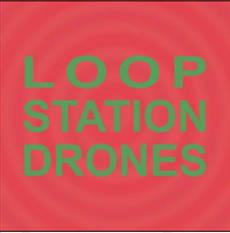