At long last, after remaining out of print for decades, the Milan based imprint, Dialogo, dives into the legendary catalog of Cramps, bringing forth the first ever vinyl reissue of Horacio Vaggione’s LP, "La Maquina de Cantar", issued as the 18th instalment of the label’s Nova Musicha series in 1978 and among the most important examples of Latin American experimental music from the 1970s.

Engrossing and creatively riveting, heard more than 40 years on its rippling electronic tones recast the terms of minimal music and shatter the historic perceptions of these sounds. 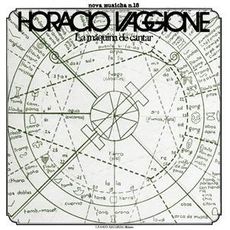