NOTES FROM THE UNDERGROUND - RADICAL MUSIC OF THE 20TH CENTURY


‘Notes From The Underground’ showcases landmark recordings which shaped the musical and cultural landscape of the 20th century. 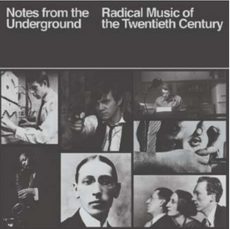