Despite it’s very limited initial release, the original album, which was titled Actual Presence, received glowing praise from dedicated followers of Carlos Niño & Friends. In Pitchfork, writer Marty Sartini Garner said: “Though it was partially recorded before the pandemic and the uprisings that have defined 2020, Actual Presence is music for an unpleasant present. It’s discordant and fractured, and it frequently comes off as a long trip toward a salvation that’s just out of reach. But like Coltrane, whose spiritual influence runs deep here, Carlos Niño believes in a big, beautiful universe that exists in spite of the present suffering. The sprawling, ever-changing sound of Actual Presence is his best attempt yet to recreate the joy of losing yourself to it.” 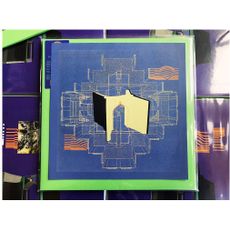