It combined the digital visual score created by Carsten Nicolai and Simon Mayer, and lighting design by Nigel Edwards. Released for the first time in 2009, ‘utp_’ is the third installment of Alva Noto and Ryuichi Sakamoto’s V.I.R.U.S.'s series. It was commissioned for the 400th anniversary of Mannheim, Germany. The flowing 10-section multimedia work derives its shape from a rasterized structure of the southwestern city, founded in 1608. The recording documents the work’s debut performed by Ensemble Modern at the National Theatre in Mannheim. 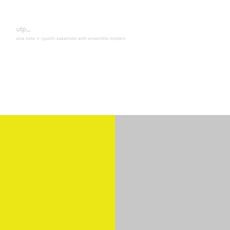