NEITHER PRESENT NOR ABSENT


Steve Jansen and Maiya Hershey today share new single Neither Present Nor Absent out via The state51 Conspiracy.

Steve Jansen, the English multi-instrumentalist, composer, and producer, is best known for his work with the art pop band Japan and subsequent solo works. Maiya Hershey is Beirut-based audiovisual artist and sound designer whose interest in anthropology and philosophy forms part of her creative process. The duo’s musical collaboration and accompanying single is a work meant to expand upon its title and their mutual interest in experimenting with sonic techniques and exploring their connectedness with identity and the past. In Neither Present Nor Absent industrial sounds slowly expand then flow into a wash of deeply layered, metallic textures which gamelan melodies weave within, as the track builds into a choir-like crescendo of bells and drone sounds. Certainly, its five quiet instrumental pieces, fashioned via piano and electronics, have a dignity and depth that deserves corporeality. Assembled remotely over some 12 months by Steve Jansen and Maiya Hershey, who live in London and Beirut respectively, this is their first collaborative release. Age-wise, they may be a generation apart – Jansen’s first record, as a core member of high-minded art-rockers Japan, was released 15 years before Hershey was born – but share much in their musical philosophy, with instruments (Hershey’s piano, often, but also saxophone, cello and bells) manipulated and folded into various field recordings and other aleatory sonics. And yet, while this is by any measure experimental music, there is a pop sensibility in the kernel of Neither Present Nor Absent: take the central melody of Toward The Surface, or the mournful, cinematic As We Drift. Jansen can claim over 40 years’ experience forging experimental/popular music links, while Hershey has rather more modern credentials, with a solo piano piece heard by several million people thanks to its inclusion on a meditation app. 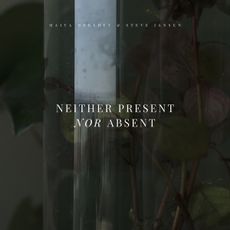