In a few years Mr Bison established themselves as one of the most exciting combos in the game, that’s a fact.

After “We’ll be brief” and the critically acclaimed “Asteroid” , which got them on the genre's map, a U.S.A tour, dozens of gigs in the Italian peninsula, opening concerts for DANKO JONES, RED FANG, MONDO GENERATOR, KARMA TO BURN, MY SLEEPING KARMA, and many more, and a packed Europen tour, Matteo Barsacchi (guitar, Vocals) and his fellow "bluesnauts" Matteo Sciocchetto (vocals , guitar) and Matteo D’Ignazi (drums, sound effect/vocals) are back with the new HOLY OAK. The band keeps its own atypical lineup, isn’t a classic trio guitar drums bass … in addition to the skin they have Two guitars that together creating a massive wall of sound where the listener may not hear the absence of the bassguitar. Imagine being on an overloaded black van on the roads of the Big South, playing nothing but early 70's legendary acts like the almighty Captain Beyond, Orang Utan mixed with one of the most powerfull band of our days, Motorpsycho. 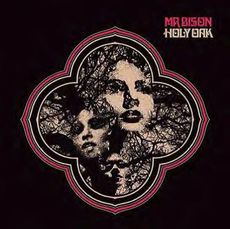