These heavy genre-breakers bring their aggressive electro/dub metal to roadburn for a career-defining performance on this double lp.

Their forward thinking style has made Godflesh one of the most important bands to ever surface from the outer reaches, laying the foundation for the blossoming post-metal world that dominates heavy music today. Godflesh frontman Justin Broadrick believed that this performance was "the most coherent version of Streetcleaner ever played." “Rumbling bass, squealing guitars and strong vocals bring Streetcleaner to life in a different way than on the studio album, but it works to Godflesh’s benefit. The songs are more dissonant and, at times, cacophonous, a powerful incarnation of the record more than 20 years after its release.” - Decibel Magazine 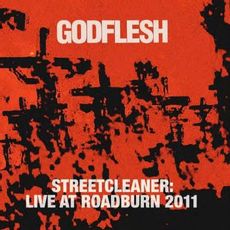