LET ME BE YOUR GOD*


Heavily attracted by the mix of genres “gothic/pop/psychedelic”, the two brothers from Grenoble, France (including Yann Cracker from TOWERBROWN and THE GENTLEMEN'S AGREEMENTS) play dark and groovy music, that sounds like a gloomy hippie trip interpreted with an original organ/drum line up.

After their fantastic debut album, the duo further developed their sound and now serves us their second LP “Let Me Be Your God”. Their sound has become even darker and, just like the artwork its covered in, more occult while adding synthesizer and slightly descending musically from the 60s towards the 70s and 80s. This development makes it belong a bit better to the new SOUNDFLAT RECORDS‐daughter‐label TOPSY‐TURVY‐RECORDS that is open to a broader musical field than your 60s‐Garage/Beat‐label SOUNDFLAT RECORDS. While hit‐songs like the title‐song “Let Me Be Your God” or “The Witch Is Back” (which was previously released on 7” by TOWERBEATS RECORDS) sound a lot like the debut‐album, it is especially non‐vocal‐songs like “The Soul Transfer” or “The Initiation Ceremony” that remind one of dark spaced‐out movie‐soundtracks from the mid‐ to late‐seventies. The brothers included one fantastic cover version of “House of Glass” (originally by THE GLASS FAMILY ELECTRIC BAND) among otherwise self‐composed, very powerful, dark and captivating songs. MOONRITE have an absolutely unique sound that is so powerful, that you will find yourself wondering how on earth it can be just the two of them creating such a rich and fantastic sound! Make sure to listen to this fantastic, almost epic album that displays outstanding songwriting and music! 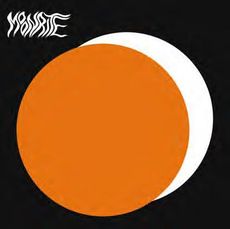