a whole load of mind-melting, rib-rattling funk must have crash landed form outer space and onter this disc because this sounds like nothing of this earth.

Dubbing themselves ‘psychedelic bootyshakers’ the Lightning Orchestra’s expansive debut takes its influences from a wide range of sources, including nods to Hendrix and Isaac Hayes, Orchestra Poly-Rythmo and Fela Kuti, Sun Ra and Talking Heads. Already picking up attention from BBC 6Music and Jazz FM – who made it Album of The Week on week of release – the album is the brainchild of multi-instrumentalist Travis Murphy, who was inspired by jam sessions on Atlanta’s Elliot Street, where he met most of two dozen or so musicians who are regular or irregular members of the Lightning Orchestra. Fans of budos band and funkadelic should give this a big ol' listen!

Buddy says: ‘Full of psychedelic grooves,  soulful melodies, acid funk and most importantly energy, their debut album is something truly special. The sound of the future, blended with the past. Think Funkadelic meets Talking Heads by the way of Fela Kuti.’ 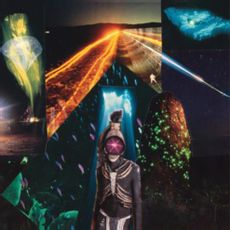