The excitement was great when in 2017 “Terra Circus”, a new studio album by the Electric Family, was released after a break of 10 years.

The resounding success of the album also led to live concerts all over Germany. Even then, the band promised that it wouldn't be that long before the next studio album. Promise kept! After only three years, “Echoes Don’t Lie”, the 6th studio album by the Electric Family will be released! And it has it all! Former family members joined the regular crew Tom “The Perc” Redecker, Rolf Kirschbaum and Harry Payuta, and numerous new members were added. These include high-profile artists such as Roman Bunka (Embryo), Marlon Klein (Dissidenten), Milla Kapolke ( ex-Grobschnit), Rolf Möller (ex- Grobschnitt, Extrabreit), Jojo Brand (The Convent) and many more. 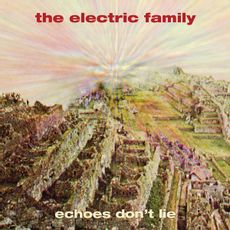