They struck it big early, hitting the Swedish #1 with Sleep Little Girl in 1964! Their efforts in the psychedelic era would be their last. ’Studio’ should sit comfortably next to other masterpieces of the year 1967, a few notches closer to ’Odyssey & Oracle’ than ’Sgt Pepper’s Lonely Hearts Club Band’. Thanks to the tape cuts, orchestration, harmonies, and studio tricks, it sounds like THE TAGES STUDIO The Later Recordings RELEASE DATE: February 12, 2021 LABEL: Bear Family Records CATALOG #: BAF18053 FORMAT: Vinyl LP 12” + DVD PRICE: £ 16.99 GENRE: Psychedelic Rock/Pop BARCODE: 5397102180538 the guys got their hands on a copy of Brian Wilson's then yet unreleased ’Smile’ tapes. Certainly, anybody willing to spend enough time exploring all the rabbit holes in the Beatles’ catalogue owes themselves a trip through this marvelous record. The accompanying previously unreleased DVD of ’Dalamania’ was produced by Swedish national TV, SVT and shows the Tages on the height of their psychedelic career. This little piece of rock history appears to be such a thing as the Swedish version of the UK Beatles movie, ’Magical Mystery Tour’. Since its original broadcast in 1968, ’Dalamania’ has remained unnoticed on the shelfs of SVT. First time on DVD, ever. An album like ’Studio’ should have propelled The Tages to the top 500 lists, worldwide, rather than remain a Swedish Rock ’n’ Roll footnote. Members of the Tages would form Blond in 1969, a band that disbanded in 1970. 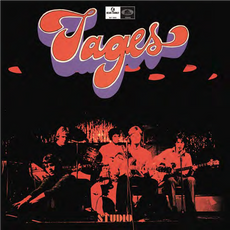