Souvlaki is Slowdive’s second studio album, originally released in 1993. It’s considered as one of the best Shoegaze albums of all time, but didn’t receive much credit during its release. The album contains synthesizer contributions from Brian Eno on “Sing” (which he co-wrote) and “Here She Comes”. It’s just perfect in all terms, such as the wonderful tunes, captivating lyrics and the excellent cover art 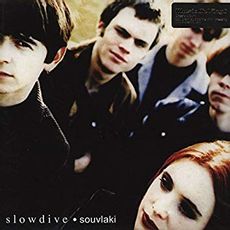