on release, a limited edition deluxe vinyl-only boxset was available which included the album plus 11 extended 12” mixes of each track - ‘Complete Music’ sees the release of these tracks on CD for the first time & comes packaged with the original version of the album.

Released in 2015, ‘Music Complete’ is the band's critically acclaimed hit album - Their first full studio release since 2005’s ‘Waiting For The Siren’s Call’ & their debut for Mute. the manchester party people are completely revitalised - sounding as colourful & direct as their peter saville album artwork would suggest. “New Order’s best album since ‘Technique’” - GQ, "includes a couple of contenders for the canon of all-time New Order greats” - Uncut, “A runaway victory for class over hype" 8/10 - Mixmag. 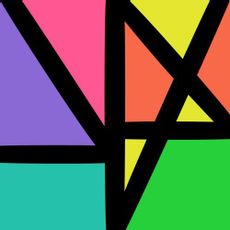