imbued with a rough garage energy the spacemen's '86 debut was a perfect fusion of the psych/proto-punk/drone influences of its creators sent into the outer void.

3 of its 7 songs are cover versions - ‘rollercoaster’ by the 13th floor elevators, ‘mary anne’ by juicy lucy & the stooges' ‘little doll’ - while the originals are at once very much spacemen 3 songs & clear distillations of everything the band members were tripping out on at the time. as was the case throughout the band's early days, pierce handled all the vocals with the right amount of diffidence & low-key intensity, while he & sonic cranked up the amps for minimal, bluntly entrancing riffs & the brooker/bain rhythm section chugged along. ‘hey man,’ the title audibly playing off the rhythm & sound of the word ‘amen,’ is the first of many overt references to gospel music that pierce would incorporate for years to come. 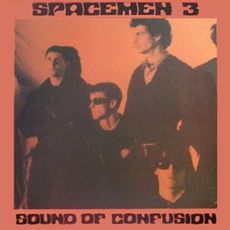