a mix of Southern rock & rootsy, melancholic country-soul that manages to both elevate & commiserate.

2009’s ‘jason isbell & the 400 unit’ is a smart & tasteful record that sees Isbell training his songwriting eye on subjects of wartime romance, memory & dead-end small towns. he mixes a soulful vocal style with songs that are passionate & unrepentant in their sense of place & direct in their stubborn Southernness.There are rock songs here - including ‘Soldiers Get Strange’ & ‘Good’, both of which seem to take more influence from Tom Petty than Lynyrd Skynyrd - but Isbell sounds most comfortable with the mid-tempo numbers, from the subdued shuffle of ‘Sunburn’ to the instrumental strains of ‘Coda’. 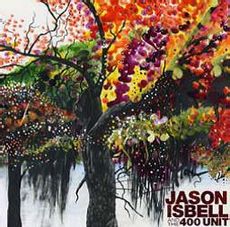