a collection of 6 covers of songs by cult bluesman Junior Kimbrough, whose ‘Do the Rump’ they covered on their 2002 debut, ‘the Big Come Up’.

Considering that this is the first time the blues-rock guitar-n-drums duo devoted an album to nothing but straight-ahead blues songs, it would seem logical that ‘Chulahoma’ would be the bluesiest recording in their catalogue, but the Black Keys aren't that simple. The songs on this 28-minute EP are hardly replications of Kimbrough's gritty originals, nor do they have the dirty, punch-to-the-gut feel of any of the duo's “proper” albums. Instead, this is a trippy, murky excursion into territory that floats somewhere between the primal urgency of the duo's best work & the dark, moody psychedelia of late-60’s blues-rock. 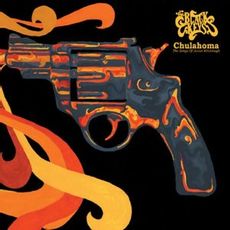