a classic pop single, the a-side owes as much to the west coast pop art experimental band as it does the pale fountains or the stone roses.

the debut proper from wirral based by the sea. 'waltz away' & 'stay where the sun is' point at a mighty songwriting pedigree. as the first chorus hits on 'waltz away', you almost hear the sun burst through the clouds bathing all in its pristine glow- just a perfect pop moment. produced by ex-coral guitarist bill ryder-jones & released in a numbered vinyl only edition of 300 in hammer press sleeves. 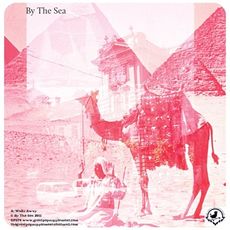