beautiful 3rd album from irish singer-songwriter which takes the sound of his debut & drenches it in strings & piano. after 2010’s electric folk album ‘the shadow of an empire’, regan returns to the more delicate sounds of his brilliant 2006 mercury nominated debut ‘the end of history’. this album really sees fionn mark himself as one of best songwriters of our time - ‘dogwood blossom’ & ‘list of distractions’ are some of his best work to date. the album is not just one of the year’s most beautiful, incisive albums, it’s also the young singer-songwriter’s most personal statement yet. recommended for fans of bob dylan & nick drake. “a starkly beautiful unerringly poetic outing...a dark delight” 4/5 – mojo, “dramatic & ravishing” 4/5 – uncut, “the landscape here is much richer, regan's guitar a moonlit stream weaving through a forest of glimmering piano & velvety strings” 4/5 - guardian. 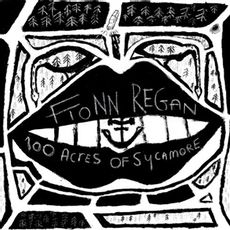