If 'In Utero' is a suicide note, 'MTV Unplugged in New York' is a message from beyond the grave, a summation of Kurt Cobain's talents & pain so fascinating, it's hard to listen to repeatedly.

Is it the choice of material or the spare surroundings that make it so effective? Well, it's certainly a combination of both, how the version of the Vaselines' 'Jesus Doesn't Want Me for a Sunbeam' or the 3 covers of Meat Puppets II songs mean as much as 'All Apologies' or 'Something in the Way'. showcasing the depth of their songwriting, Few records are as unblinkingly bare & naked as this, especially albums recorded by their peers. No other band could have offered covers of David Bowie's 'The Man Who Sold the World' & the folk standard 'Where Did You Sleep Last Night' on the same record, turning in chilling performances of both - performances that reveal as much as their original songs. 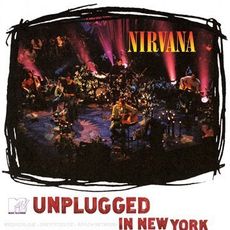