michael taylor’s songwriting drew universal acclaim when the sparse & haunting ‘bad debt’ was released in late 2010. this follow up album moves back to the warm & inviting template he explored with his old band the court & the spark. layers of guitar shimmer, fender rhodes keyboards hum softly & playful drums lock into the spirit-fables that taylor sings with heartbroken vigour. comparisons to iron & wine, will oldham & ancient folk-country have been laid at the hiss golden porch, but they only serve to illustrate that he is a truly original songwriter. this album is so far unavailable anywhere else in the uk. "mystical country, an eerie yellowing photograph" – david bowie 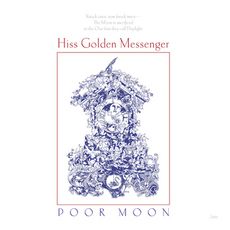