IN TIME TO VOICES

laura-mary carter & steven ansell return with  their ‘coming-of-age’ album, as they move into an ambitious & highly impressive new sound, mixing the heavy riffs & guitar crunch of uk power combos like black sabbath & led zep with the earnest, anthemic songwriting of the grunge era & the thrashy energy of the best punk. “the pair's imaginations have carried them on tiptoe between tranquil lakes & raging seas, finding a perfect balance in tone & volume” 8/10 – drowned in sound “an extremely impressive & clever modern rock record” 4/5 – music ohm. 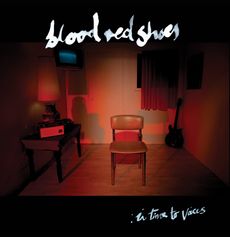