stallone's & gengras’s experimental, drifting melodic meditations are ornamented with the congos’ soulful vocal leads & 4-part harmonies. this is the 9th volume of a music & film series pairing contemporary artists with those that may have preceded them in style &/or approach. this record has distinctly modern, bubbling , quirky, energetic pop perfectly enhanced by the emerging & dissolving vocals of the legendary dubbers. johnson’s tenor, myton’s falsetto, burnett’s baritone & fyffe’s cosmic vocal glue command singularity & create a glorious essence combined. comes with a film documenting the musicians’ time in jamaica. 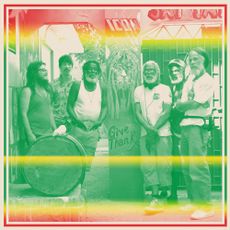