TV On The Radio


this 2006 album found the band as passionate as ever, but with a little more polish, giving their unapologetically ambitious sound room to breathe with lush, expansive production.

as with all their other work, on 'return to cookie mountain' tv on the radio deal with the fallout of living in a post-9/11 world; politics & morality are still touchstones for the band, particularly on the anguished ‘blues from down here’ & ‘hours,’ the sonic depth throughout the album is a sharp contrast with the density of their first full-length, 'desperate youth, blood thirsty babes', which was so jam-packed with sounds & ideas that it was nearly suffocated by them. however, 'return to cookie mountain' is hardly slick or dumbed down for mass consumption. in fact, the opening track, ‘i was a lover,’ is one of the band's most challenging songs yet, mixing a stuttering hip-hop beat with guitars of loveless proportions & juxtaposing inviting vocal harmonies & horns with glitches & trippy sitars. 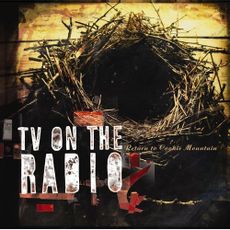