mark kozelek returns with a bright, breezy & lyrically captivating lp - a deep & revealing melancholy lies in the alleys off the sun-drenched san francisco streets he sings to.

‘among the leaves’ displays a more raw & humorous side of his songwriting. ‘song for richard collopy’ is a tribute to the late san francisco guitar repairman, & ‘sunshine in chicago’ is a funny, self-deprecating poke at life on the road. though ‘among the leaves’ is mostly in the solo, nylon string style of ‘admiral fell promises’, a new ensemble of players joined mark for a portion of the record, recalling the same spirit as ‘april’ & ‘tiny cities’. an exceptionally beautiful album from a masterful songwriter, with a 2nd disc of live recordings. “it’s impossible to listen to mark kozelek without becoming overcome with emotion…this album is devastating” – the times.

david recommends: "the masterful songwriter’s latest has been said to feel more like a stunning b-sides collection than a concise album, & his lyrics are markedly lighter & more humorous, but a deep & revealing melancholy lies in the alleys off the sun-drenched san francisco streets he sings to". 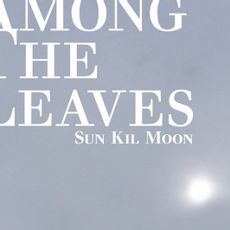