A Bag Of Hammers

all rsd titles are available on a strictly 1 per customer, first come, first served basis.

‘A Bag of Hammers' - 10 brand new tracks from Johnny Flynn, will be released as a limited edition vinyl on the 21st April 2012 through Transgressive Records and exclusively for Record Store Day. Following his critically acclaimed second album ‘Been Listening' and performances in Jez Butterworth's ‘Jerusalem' and Richard Bean's ‘The Heretic', Flynn releases ‘A Bag of Hammers' the soundtrack from the yet to be released American film of the same name directed by Brian Crano. Written, performed and recorded in a basement studio in East London by Flynn and Adam Beach from The Sussex Wit - ‘A Bag of Hammers' is an inseparable accompaniment to this wonderful coming of age film staring Rebecca Hall, Jason Ritter, Jake Sandvig and Amanda Seyfried. Like all great soundtracks, Flynn's songs act as a complementary narrator to the film's bittersweet script and should be seen as a full piece in it's own right. ‘A Bag of Hammers' is further proof of Flynn's understanding of the American Songbook. He gives us a Mexican-tinged setting of the pastoral English song 'Linden Lea'; as a whole, he has placed himself close-to-the-border, musically, to embody the geography of the film which is drenched in the low sun of suburban LA. Within the 5 or 6 songs there is huge diversity: from the slow ecstasy of 'I am Light' where Flynn finds a new sound, that is at the same time unmistakably his, to 'Where my Father Went' or 'Flowers in my Garden' which would stand tall alongside the best of his previous work. Between the 'songs' are palette cleansing instrumentals - again, beautifully arranged pieces in their own right. Flynn is currently recording album number three, or demo-ing with intent (as has put it), which will be released in 2013. 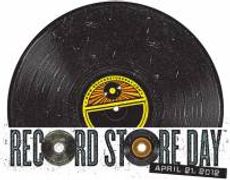