marcus garvey : the best of


showcases his most popular and influential works from the mid-to-late seventies, when his rough, haunting delivery graced numerous majestically crafted songs that served to define the Roots sound.

The arrival of the Roots Reggae era introduced to the world at large a small band of Jamaican acts that became synonymous with the genre - and few proved more popular or influential than Winston Rodney aka Burning Spear.  The 20 tracks on this comprehensive set illustrate why Burning Spear is widely regarded one of the most important performers of his generation, rivalling the very best that Island label-mate, Bob Marley, had to offer. 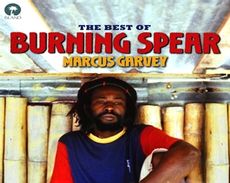