ably produced by el-p, the rapper hits harder than any of his fans could have hoped, heavy beats & flows filled with heartbreak, pain, anger, & earnestness.

el-p plays a major part on this album, as his funky, murky work has obviously inspired the stone-cold killer & the album is filled with that prime mc/producer chemistry. 'go!' worships the west coast & its legacy, all while kicking off with a startling sample that will welcome old-school heads. 'reagan' is pure politics, rallying against the president's legacy, while 'anywhere but here' loves rolling through atlanta & harlem, but the memories there are the definition of bittersweet as mike relays the sights passing by the window. the strange, winding siren of 'untitled' is classic, prime el-p, for the rapper & the track becomes a new, insightful, intelligent high point on a persuasive & powerful yet incredibly fun & fly album. 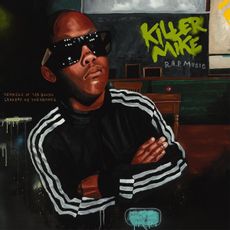