toddla has described pipes (a legend in the sheffield underground scene) as his number one inspiration. orton was the drummer for jarvis cocker & wrote & produced mia’s ‘galang’. taking the dubwise, street-soul masterpiece as a blueprint, the pair infuse a wide variety of genres & styles into the mix, from a dub reggae take on ‘fly’ through a bleep-tastic version of ‘take it back’, touching on everything in between. a true steel city re-work of the original album. 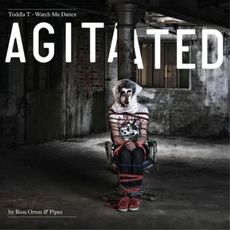