originally released in 1981, carroll's debut was a landmark in the history of reggae music & british lovers rock.

30 years on, this long out-of-print album stands out as one of the most important reggae albums of its time - a groundbreaking release, which helped define british reggae for a new generation of black british youth. the cover design, featuring a classic snapshot of thompson sitting on a car bonnet in harlesden, north west london, came to epitomise the lovers rock style & attitude. the album itself was a huge commercial success at the time of release & it is released here with full original artwork, digitally remastered & with full tracklisting. 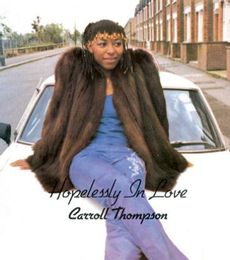