'awayland' is a dazzling adventure coloured with conor's literary explorations that works equally well when floating in fleet foxes/turin brakes-esque intimate indie-folksiness as it does when their full glorious musical force can be felt & there's even the occasional inclusion of electronics this time to keep things fresh. 'passing a message''s jazziness nods to radiohead & the step up connor & co have made here feels on par with that yorke & co made from 'pablo honey' to 'the bends'. for fans of grizzly bear, elbow, the antlers & leisure society. "a far more magnificent progression from 'Jackal' than any of us could have hoped for" 9/10 - drowned in sound, "a rollercoasting voyage through acoustic soul, brass & electronica" 4/5 - guardian. 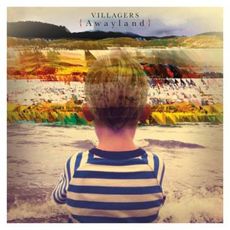