it's not often that a record comes along & blows yer socks off right from the outset - but that's exactly what this Moving, redemptive & powerfully soulful record has done for us.

this lolloping beauty mixes the creative art-rock of tv on the radio, the dark brooding of tindersticks, the magical ethereal moments of bon iver & the alt.country of lambchop - if beck was raised on the band & little feat, immersed in delta swamp rock & then performed in his local gospel church, this might have been the joyous result. an astonishing & highly recommended record, set to be a word of mouth hit. “stunning" 9/10 Uncut Album Of The Month, “Bottomless columns of ethereal soul… magical” – Pitchfork, “Resplendently somnolent funk” - Rolling Stone, “A dramatic pop-gospel record that hits extremes of the mood spectrum” - NY Times.

natasha recommends : "an overwhelming, loosely- structured country-soul delight that i can’t imagine ever tiring of. it had me hooked from the 1st listen & after seeing him live at that awesome audio show in january, i knew this album would take some beating to top the year’s best releases. simultaneously quietly intimate & joyously exhilarating, it’s a bonefide instant classic!".

derry recommends : "one of the best albums of this or any year, everything great about the early seventies but still right in the present". 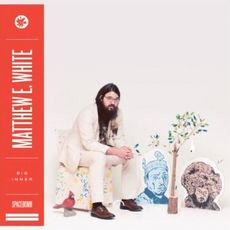