to say that françoise hardy is france’s leading female singer-songwriter is no overstatement. of all the female vocalists who emerged from that country during the 1960s, only françoise was afforded the privilege of consistent releases in the uk. imported copies of her french releases were also readily available in this country. as a result, her recordings helped influence many of that generation’s young britons to learn the french language. from the start of her career into the early 1970s, françoise also recorded quite extensively in english, italian, german & spanish but relatively little of that material is obtainable these days. of the 24 titles here, 11 were recorded exclusively in english. recorded variously in paris & london, the collection mixes françoise’s own compositions with interpretations of material by contemporaries such as buffy sainte-marie, neil young, beverley martyn, leonard cohen & randy newman. highlights include 4 beautiful songs written & arranged by noted british session musos tommy brown & (later of the group foreigner) mick jones.  notes have been written by bob stanley of st etienne. 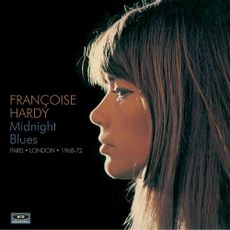