The album is co-produced by Musgraves, Shane McAnally and Luke Laird and features her current single and top 15 hit "Merry Go 'Round." Musgraves wrote or co-wrote all tracks on the album. The 24-year-old Texas native has garnered massive critical acclaim with the release of "Merry Go 'Round" and her reputation for portraying an honest and sometimes uncomfortable truth has been featured in multiple press outlets. Esquire named Musgraves as one of their "15 Music Artists to Watch" and said "This supernaturally effortless East Texan is a songwriter's songwriter to the point where it's going to be as fun hearing the songs that don't wind up on the radio as the ones that do." 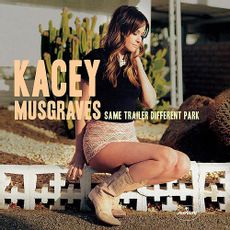