where the shadows fall


a live radio broadcast from new york by the songwriter who has come to epitomise the laid-back californian singer-songwriter genre.

browne is accompanied only by the supremely talented david lindley, a founder member of the esoteric los angeles group kaleidoscope, who uniquely fused middle-eastern & rock influences. although not released until october the following year, this concert features five numbers that subsequently appeared on the 'for everyman' album. 'take it easy' is one of browne's most recognised songs, co-written with glenn frey, it was a big single for his eagles. other highlights include the poignant title track, plus 'our lady of the well', 'the times you've come' & the political 'redneck friend'. 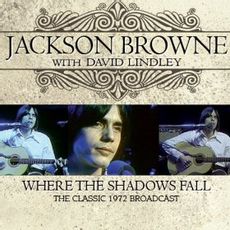